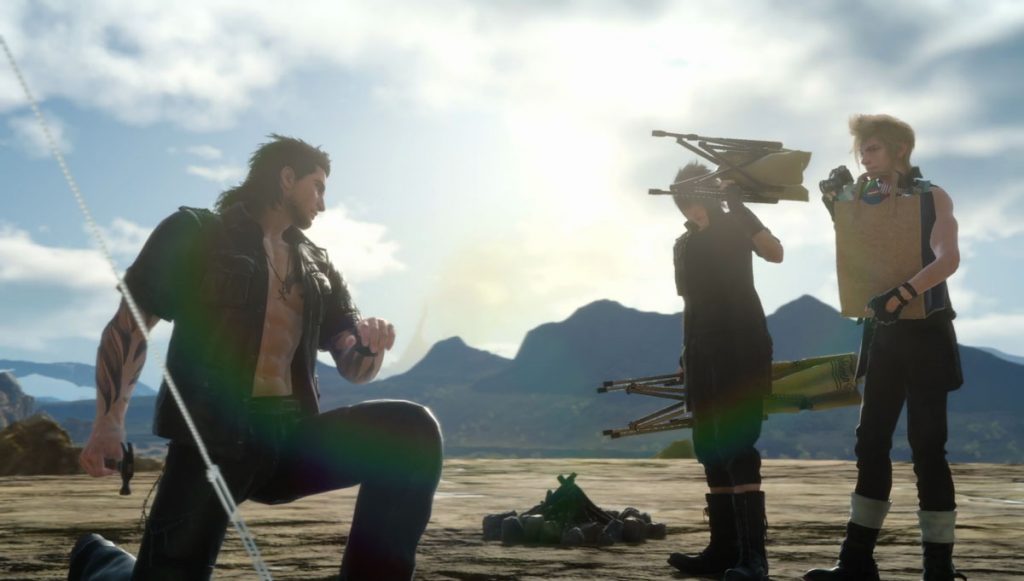 I just wanted to show off some early gameplay of Final Fantasy XV, been waiting so long for this game and now that it’s here I can’t believe how good it is!

After a slow opening and pushing a car down the highway, that game unshackles itself and throws you in a big open world.  Upon first inspection, you will be blown away by the graphics, I haven’t been this impressed since Uncharted 4 earlier this year.  Everything has a crisp edge, the skybox is vast, characters have a believable flow between them and their clothing.

The characters are some of the best parts so far, they all are constantly talking and it’s endearing.  You learn about their interests, what they specialize in and the relationship between the four of them simply through the dialog.  The combat and exploration is a steam engine no breaks, they both intermingle rather nicely to create a no-stop attitude.  As with any other Final Fantasy, you’ll go from point to point but the world is so nice to look at you’ll want to run all over the place. 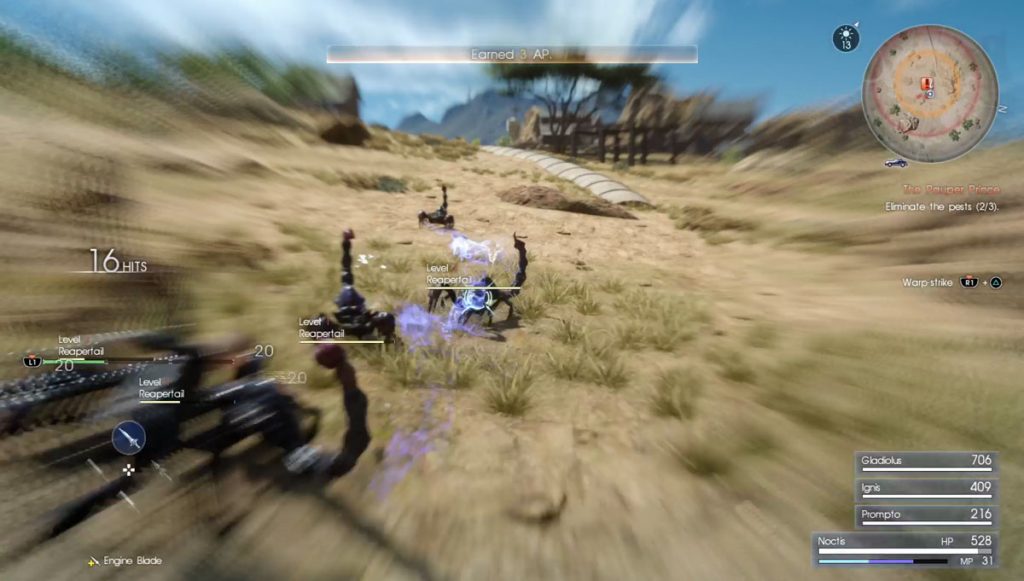 The combat is nothing too complicated but this is just the beginning.  It ultimately boils down to hold the Attack button and then maneuver accordingly.  It keeps you on your toes, one missed dodge could instantly bring your health close to death.  You can dodge but if you dodge at just the right moment you can counter for big damage.  It feels good to land blows and switch weapons on the fly to get some cool combos.  In some odd way, it’s a very bare-bones version of Devil May Cry’s combat.  Fast and frantic but don’t mess it up, hell your even ranked at the end of the battle, and experience is doled out.  Add the warp strike into the mix and have some crazy scenarios.

Cut scenes have no load which creates a nice seamless experience.  Completing quests feels fast and rewarding, watching the characters talk and banter about what you just went through is a nice touch.  The pace is consistent thus far, no stopping and pouring through tons of menus just get what you’re doing done and move forward.  Some nice dialog options are even sprinkled in, although I don’t think they matter much it’s cool nonetheless.

Those are just some of the very early impressions of Final Fantasy XV.  I’m attempting to learn how to record game-play and maybe even throw my voice into the mix.  It would mean the world to me if you watched my first captured video below, it’s even in 1080P!  I’m going to attempt to add my voice for some personality in future videos, which I’m going to try and do daily!  I know this site took forever to get anywhere but I want to change that as of now.

Next up we hit the open road!

wpDiscuz
0
0
Would love your thoughts, be sure to leave a comment!x
()
x
| Reply