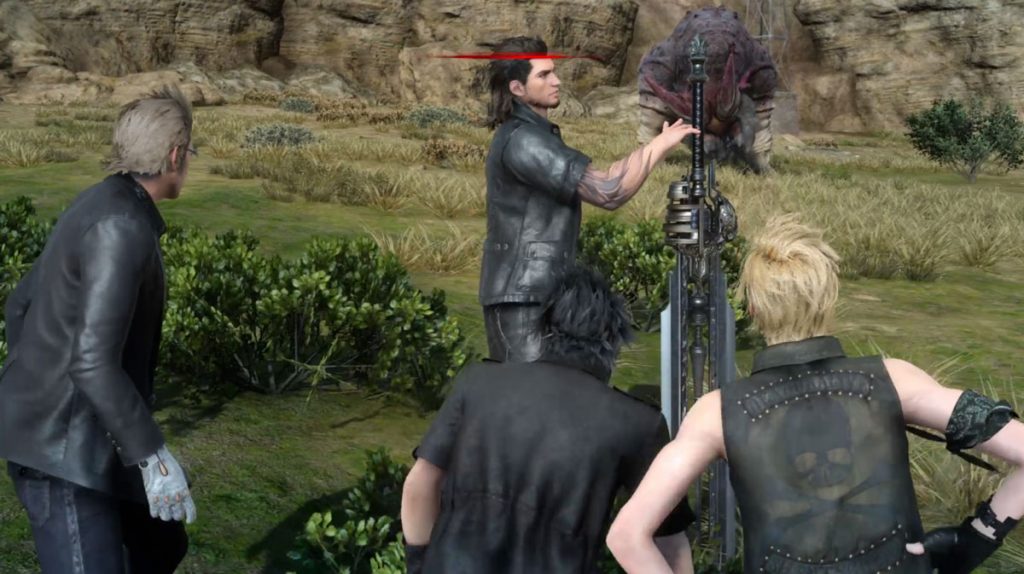 Meeting the Pauper Prince was a great start but Final Fantasy XV is the game that keeps on giving, after an impressive opening the surprises don’t cease.  Waking up from the camp we left off at last episode, scrounging for resources and running to a big hulking beast is the name of the game.  I blew the whole being sneaky aspect but once the battle got going it was just chaos.  The fight was different from anything earlier, it’s fast, flashy, and fun as all get out.  You feel like you took down something above your weight class while still maintaining total control of the battlefield.  Pulling out a phone to tell the quest giver we completed the job was a nice touch, thus not having to run back to turn the quest in. 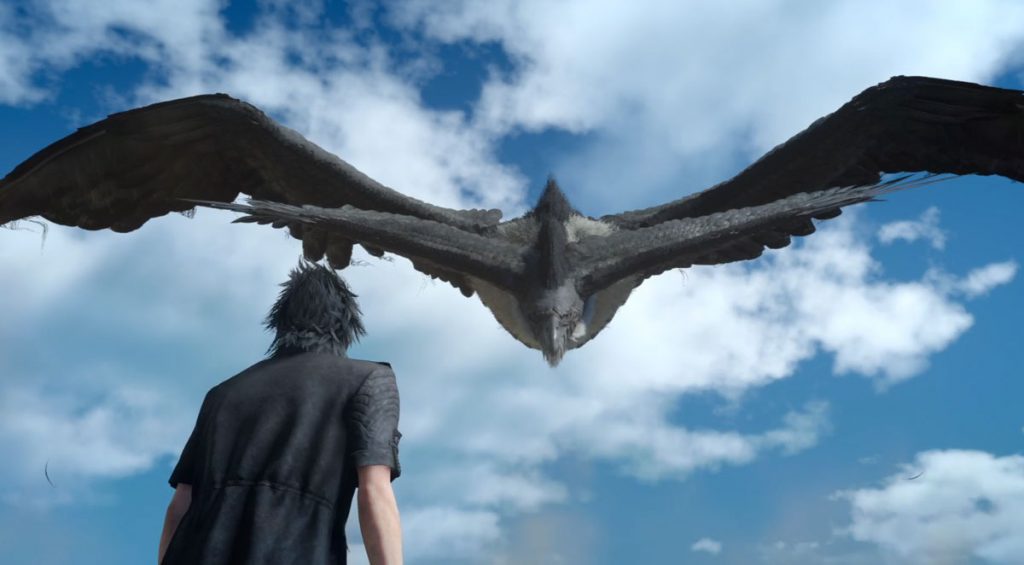 The car is ready to be driven and that’s exciting; the trip back, however, is pretty intense.  A seamless cut scene plays causing your team to call out a big thing in the distance, this, of course, causes the camera to shift and giant bird monster fly’s overhead.  It’s exciting as it is terrifying, having just taken down a big monster before.  That monster was tiny compared to what just flew overhead.  But as soon as it appears it’s gone, waiting to be killed later when I’m hopefully more powerful.  May show up earlier and give me a challenge, not quite sure yet. 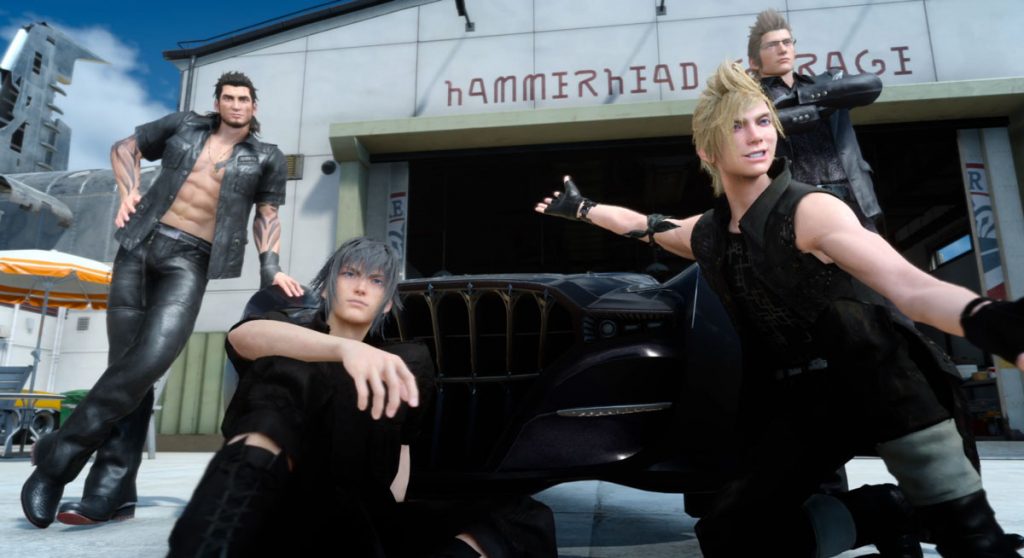 Returning to the car feels like it’s time for the game to open up and oh man this game’s going to be one awesome road trip.  I then went to take care of a quick monster hunt quest which was a nice lively fight.  Killed them, turned in the quest, and into the car I jumped.  The driving is pretty linear which was surprising.  You just give it gas and pick a tune on the radio as you cruise to your destination.  I went the wrong way and had to pull a U-Turn.  It may not take much brain power but it’s relaxing and all the characters chat which makes their relationship all that more believable. Cut to a flashback and giving a dog a journal wraps up this episode.

Next up we take a small step to a bright future!

Video of the Week

Sackboy: A Big Adventure is an amazing PlayStation 5 launch game platformer that is nothing short of a big fun time.

The entire first season of Every Games Amazing so you’ll always be up to date on everything amazing! Featuring Fall Guys, Ghost of Tsushima, and Spiritfarer!

wpDiscuz
2
0
Would love your thoughts, be sure to leave a comment!x
()
x
| Reply