Oh How I Hate Ice Levels, Lumo Is No Exception

It doesn’t matter what the game, what the circumstances, whatever you can dream up that involves an ice floor is going to just be awful. Lumo stands above some of the rest when it comes to ice levels. It just painful to play through, the controls just aren’t tight enough to warrant a section like this. Since the main character is a tad floaty and the jump has a weightlessness to it this part just pronounces those fallbacks to the extreme. This part of the game was not fun in the slightest, it was a chore to play through, to say the least. I am ever so glad that I managed to beat this section in this episode.

Let’s Begin the Descent into the Icy Madness

Oh man, how I can even manage this write-up for this episode write-up and me since I just don’t want to think about this section ever again. Let’s begin with passing through the bouncy UFOs,  not too bad since you can’t die just get bounced around a bit. Passing through that I immediately die by a laser grid, this is only the start. We learn that we need to collect two gemstones to proceed so I go through the door at the top first. From there it’s simple platforming, dodging a laser field on the first try, crossing a little path and up a platform in a spike-filled room. We get a bouncy UFO with a spike pit, nothing too difficult. Move past a spike cube that follows you and up a tower using the light to make a path. 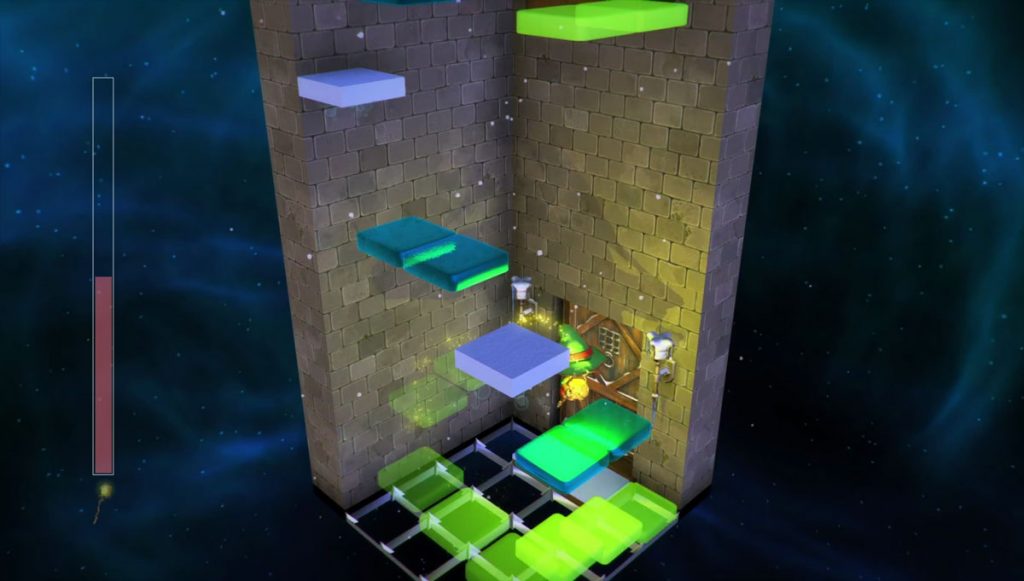 Now the real hell begins, I had to cut roughly ten to fifteen minutes of footage at this point. This is mainly due to the fact that this puzzle is just insane and a true test of patience; of which I do not have. It seems simple but it’s deceiving in practice.  All you need to do is move ice pillars to make a stairway to the exit, easy right. Wrong. The controls are not up to the task at something this delicate. The pillars move by a simple touch and break even easier. Whether it be by hitting another pillar or the wall they will break and you will scream. I can’t explain my anger for how awful this puzzle was. Even if you think you figured it out you could make one slight error and touch something; thus bringing everything to a grinding halt. 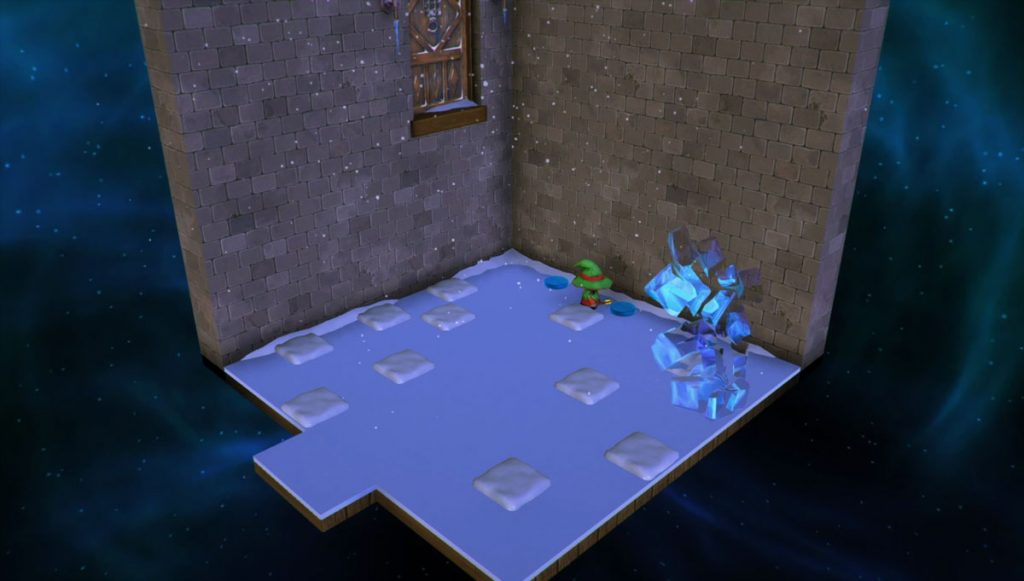 Pressing Forward into the Ice

After beating that room and jumping to the door we can finally move forward and never think about it again. We jump over more bouncy UFOs, dodge a moving laser grid, jump over floor spikes and slide down a fun ice slide. Jumping into a teleporter brings us to the first gemstone we need, not to hard just jump over the breaking platforms to the center. Now from the starting room we go to the lower door and accomplish some more platforming.

This is thankfully much easier and although we do run into another pushing block puzzle, it’s not much of a challenge unlike the first one. Moving through another teleporter we run into the next gemstone. This one is fairly simple as we just use the wand to make our way to it using the moving platforms. I do have a bit of trouble making my way back but it wasn’t too much of a fuss.

Before we move through the door we just opened with the gemstones I check out the other door in the main room. We end up in another bonus room, this times it’s a little space shooter. Unfortunately, I fail to realize that I only get three tries at it before it locks me out forever. It’s actually pretty cool and well thought out for how short it was. You just shoot and dodge everything in sight, you can hold down the button for continuous shooting which is nice. 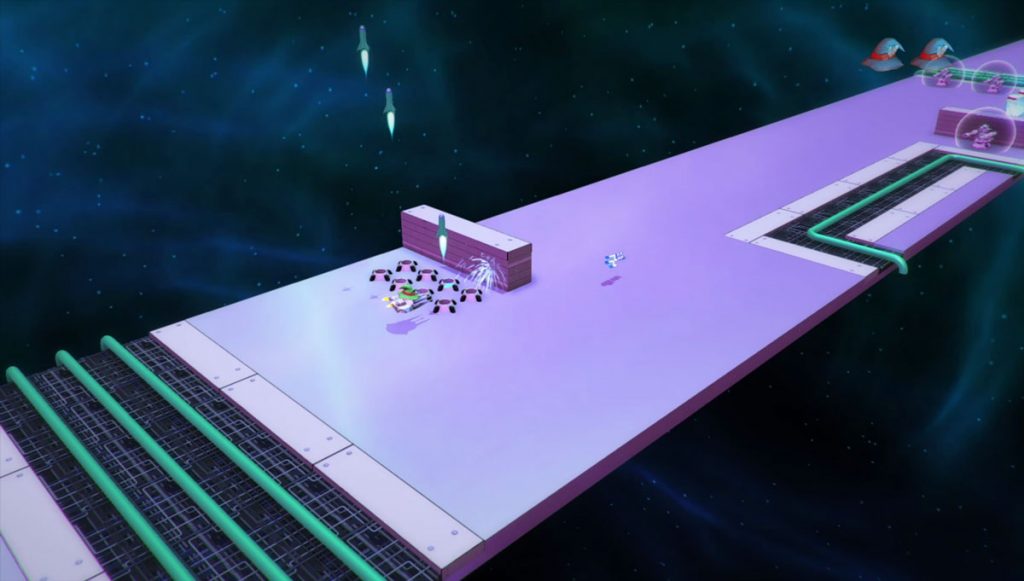 I really liked this bonus part, until I died too many times

After that failure, I move through the gem door to dodge more bouncy UFOs, make my way through a laser room and go up to go down a slide. This part reminds me of SkiFree which was a free Windows game that came preinstalled back in the day. You slide downward, collect the coins and try to go through all the flags. The controls are much better for this part and its actually pretty fun. From here we’re in a new area that feels warm and cozy. I’m much more excited to press onward since we made it out of the ice!

Hey, if you’re playing Lumo let me know in the comments below or on my video up above. I’d love to hear from you and your experiences! Heck if you could let me know if you like my content, that would mean the world to me. Love it or hate it any way you slice it could help me improve. Remember to like, comment and subscribe if you like my content, it really helps me out!