It’s Just a Hop, Skip and Jump to Victory

I truly apologize for the start of this episode. I managed to start it while the lift was miles above me. After a bit of rambling it finally comes down and we can progress. Moving through a teleporter we return to the four grim reapers also we have gained a number in front of the final door. Progress is progress no matter how you slice it. The door we finished is now closed and I dive into the closest one and into another teleporter. We have to move a spring to reach a door, jump over some icy platforms, dodge a laser grid on a moving platform and we have a map of the area.

Next, we come up against some rotation spiky UFOs that move when you get close and of their own accord. Push a spring on top of a box and we’re making good progress this episode. I like the next room, you have to make the bee hit the target in the center, not too hard but kinda fun nonetheless. Using a spring in the next room we hope to door. Using the wand we need to create a path for a crate to follow us across to hit a switch. The crate is a little slow but getting it to open the door is no sweat. 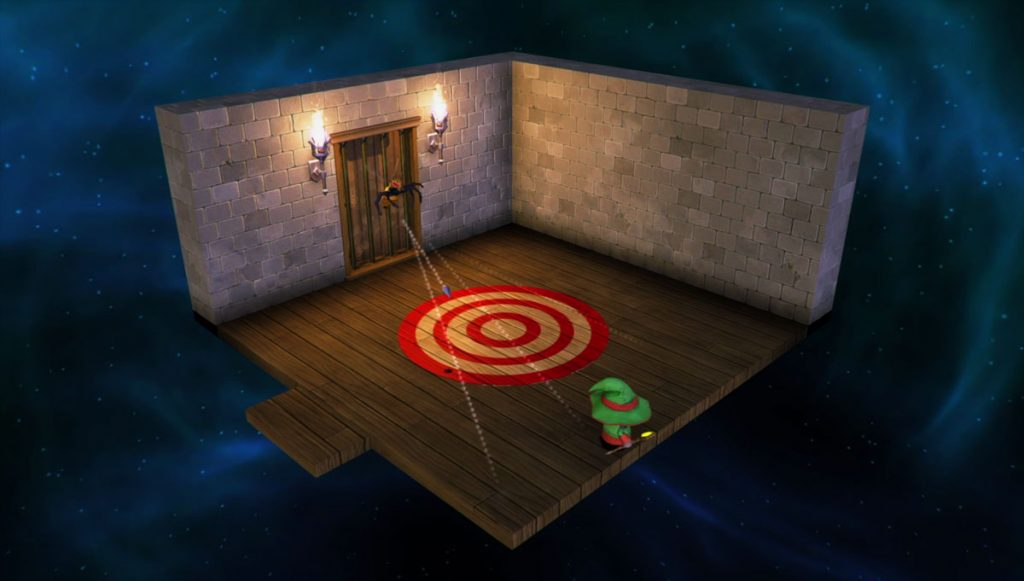 Starting up the Laser Light Show

Sliding on some icy platforms we make it to the key we need. Move through a spike maze with a spiky UFO that moves when you get near it, just tricking it works wonders. We move to a cassette that I honestly have no idea how to reach. There’s no platform to jump on or create with our wand, but there is a switch on the other side but I just don’t have the energy to try and figure out how to reach it. We use the key we just got on the door ahead and now the real puzzle shows it face, we just need to activate it first.

Seeing the giant glowing orb I work my way through a couple of rooms in order to get close enough to activate it. We move through some fast moving spikes, dodge fire blasting UFOs, get through a fire floor room, bounce to a door and reach the upper levels. One thing I am glad about is that I did manage to not fall while going for the orb. Cause if you do you have to climb all the way back up and that would just be awful. Powering up the orb allows us to start working on the final puzzle of this area. 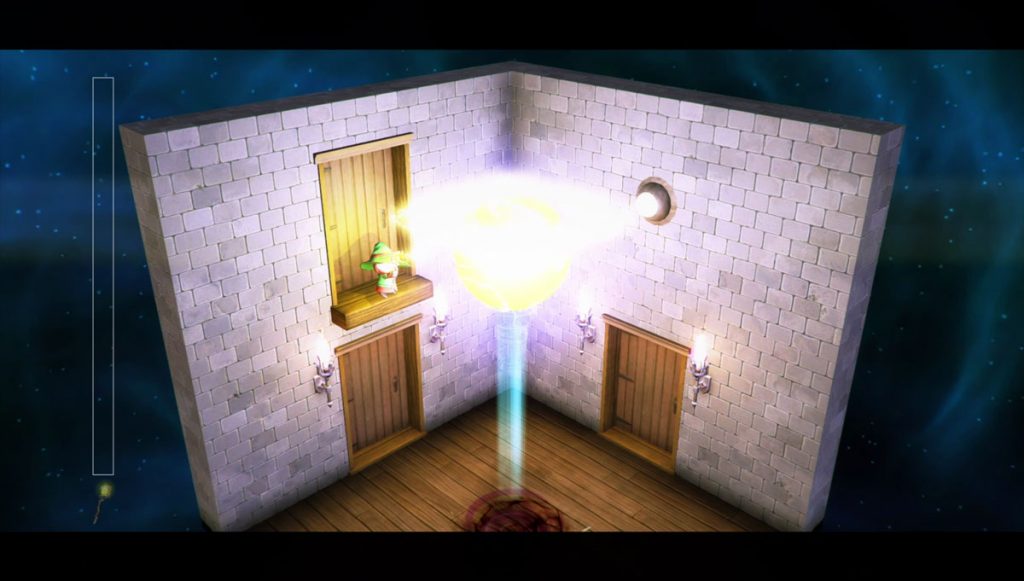 It takes all your magic wand energy to power this thing

Bouncing Lights to Match the Colors

Now the first part of this puzzle is really easy and just requires that you push a prism into the correct place. This ensures that the light hits all it’s targets and breaks into multiple colors. It’s the room after that is a bit of a problem, you have to take the colors you just broke apart and move them into their identical color. We a limited number of reflectors in the room and three color targets. They can overlap but can’t be blocked by a reflector. It does take some doing but it’s not the end of the world, just move everything where it makes sense. It may seem intimidating but it’s really not. 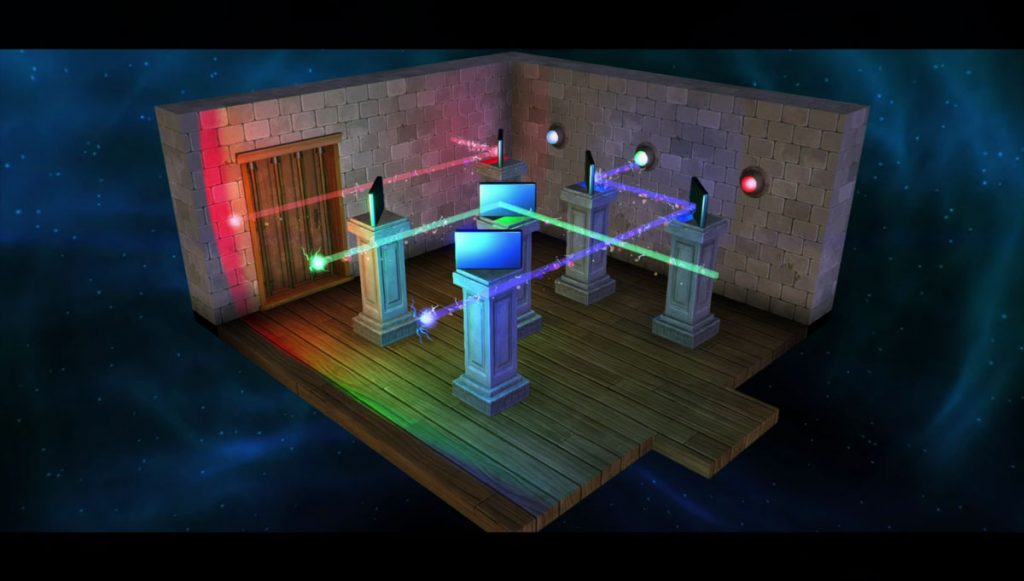 Easy, no problem… Where the hell do I start?

After that room I move to a room with two switches, one opens the exit and the other opens a mystery room. I check out the mystery room to discover its just a painting of a prism, it’s probably something but I’ve got things to do. Moving out of this area we get two numbers on the final door and are one step closer to taking down these reapers and reach the witches brew.

Having just two rooms left I go through the one I have yet to pursue. Moving past some trivial rooms we come to a point where we have to jump into the abyss to move forward. This part is actually pretty interesting and we only have to do it once so it’s not too bad in the grand scheme. You fall nice and slow so maneuvering through the lasers is pretty simplistic just gotta use your shadow to get a good idea of where you are. Reaching the bottom brings us to more platforming, then to a cannon. 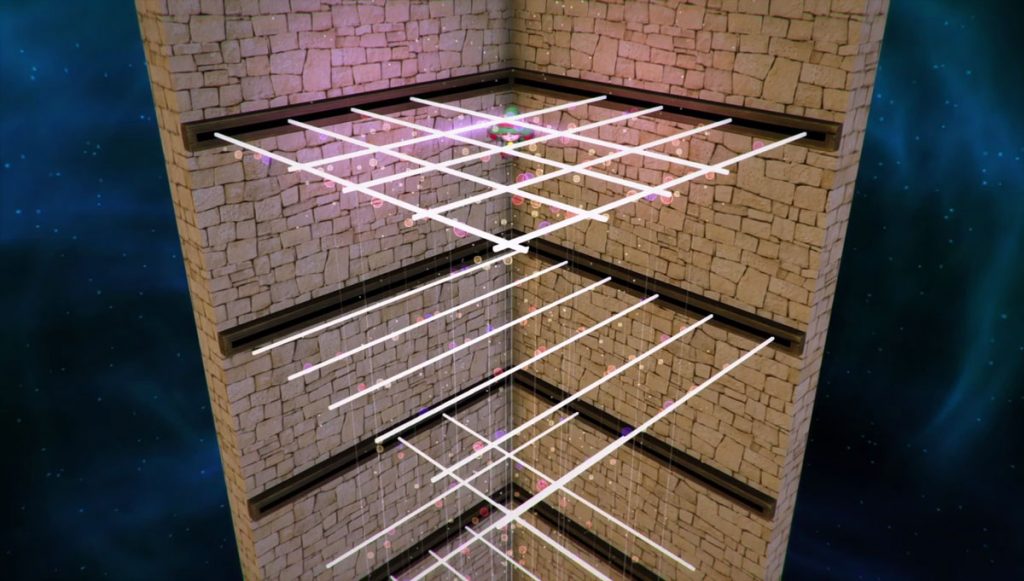 Shooting Cannon Balls and Raising Weights to the Exit

Shooting the cannon is identical to how the first one was at the beginning of the game. You jump on it to start and then aim. The difference is the targets move and you have to hit only the bad guys. Hitting the wrong ones will cause it to reset and start you over. The controls still aren’t amazing. However, it’s really no trouble as the ones you need to strike come up a lot more often. The last challenge for this episode is to raise two weights using spinning wheels on the ground. Simple as raising one to the top then raising the other. Then running to the door as fast as you can. From there we end this episode and from here we push towards the end of our Lumo adventure. 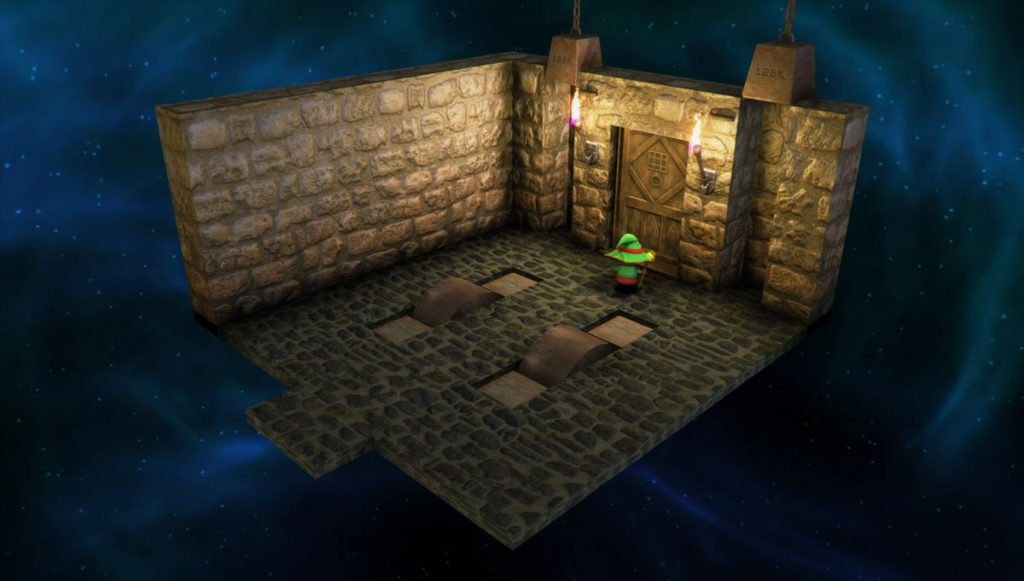