The Nintendo Switch Has Been a Long Time Coming

The Nintendo Switch has had a rocky past, It was under full wraps up until January. We didn’t have anything but rumors, fake images, and design sketches to work with to help get a full idea of what the console was. Nintendo was hell-bent on keeping everything a secret until January when they showed off the console and games. We saw a new Mario, Arms and of course more Zelda. Plus the new Joy-Con controllers, the fact that it could swap from TV to Console and back with little to no effort with just a hint of that Nintendo magic that tugs at all our heartstrings. 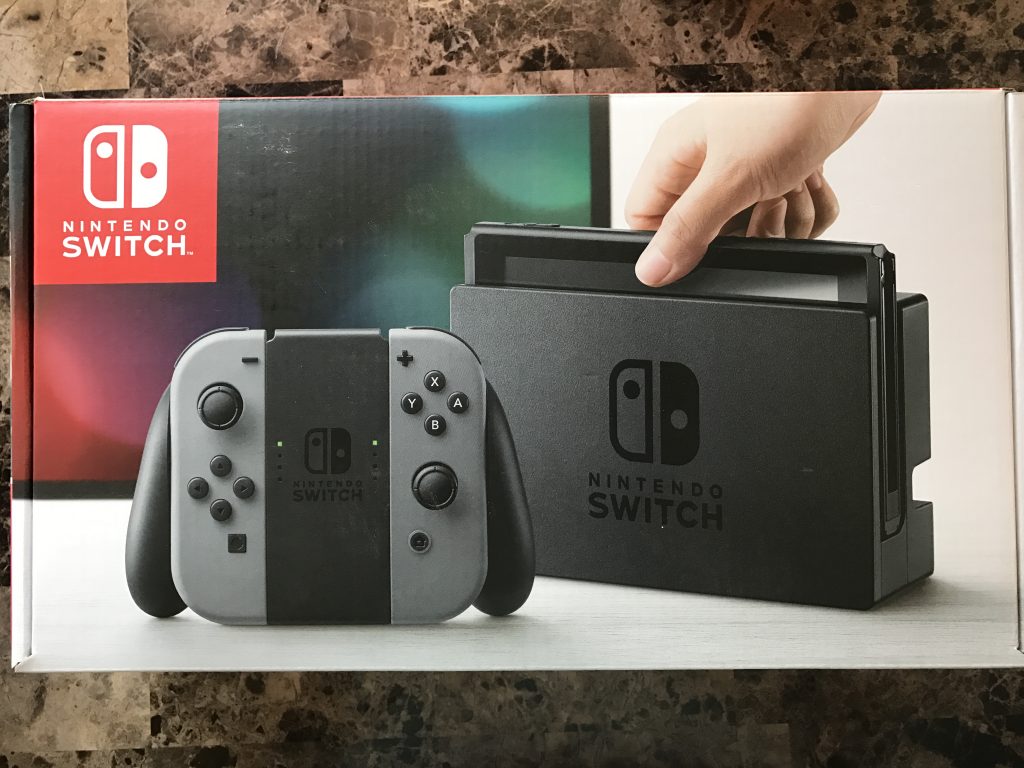 From the moment you see the box, you know you’re in for a treat

I had pre-ordered mine online through GameStop. I was excited that it made it to my doorstep on launch day. It got here at about 2:00 pm so I was more than ready to tear into it. I had spent the earlier part of the day going to multiple different stores to grab the latest Amiibos that had launched and was lucky enough to get all the news that had come out. Also, Best-Buy may have been sold out of Nintendo Switches but they had one last Zelda: Master Edition, and I just couldn’t pass up that chance since I had been unable to secure a pre-order.

From what I could gather Best Buy had sold out of switches in a matter of minutes of opening, Toys R Us sold out in about an hour after opening and Meijers had people waiting out front but had only gotten about 5 in total. Which does sound like a typical Nintendo launch where they keep things scare and demand high. 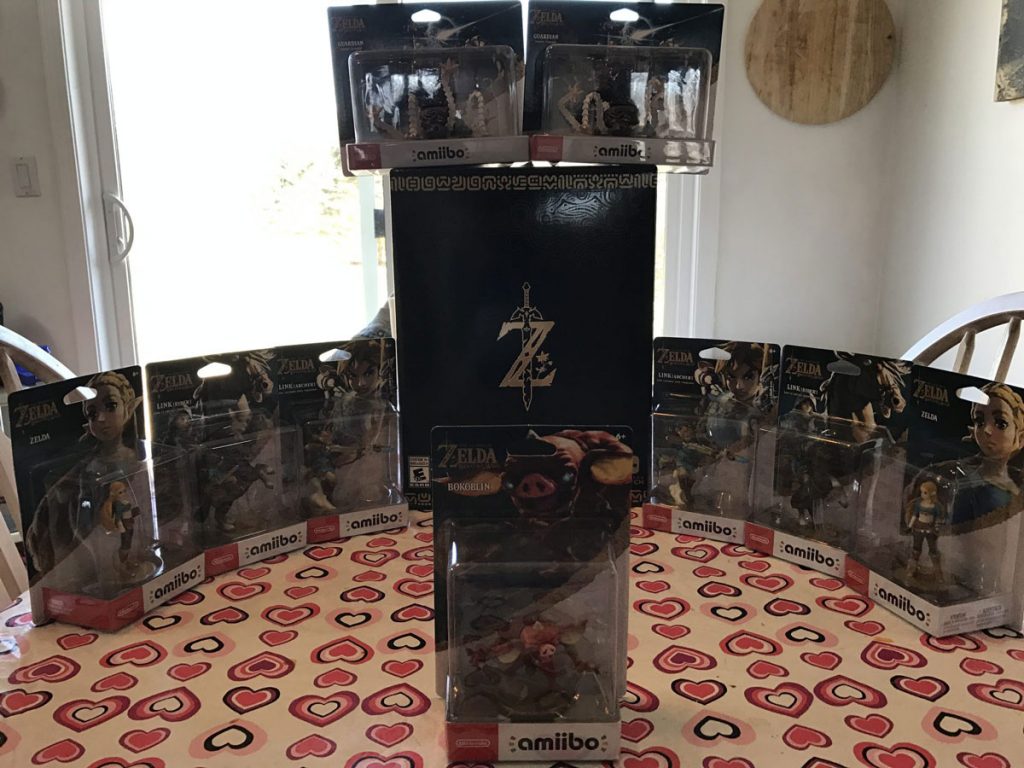 It’s always great when you’re able to get all the Amiibos on there launch day!

After a quick lunch, I return home to find the UPS driver delivering a package. Rushing through the whole meet and greet I run inside and tear open the box. Upon first glance, I’m surprised to find just how small the actual box is, it reminds me of a 3DS box due to its slim figure and length. You open the box and get hit with instructions on how to set it up. But we’re here to see the console, I was surprised to find out just how small the screen on the console was; this includes the Joy-Cons. 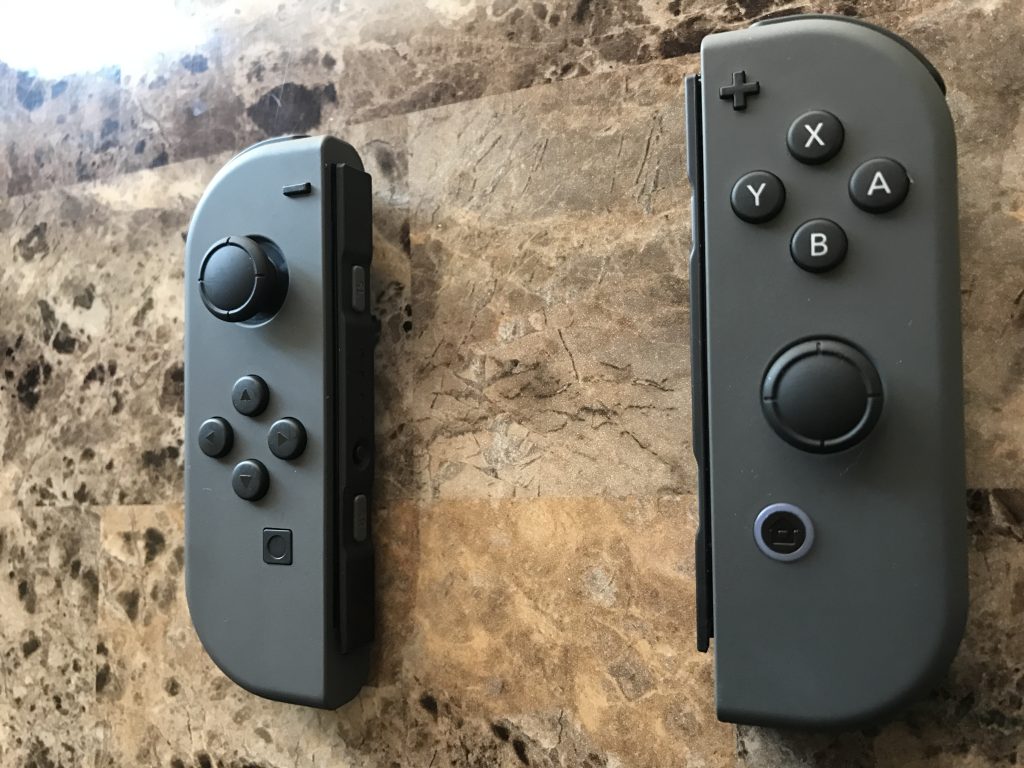 They’re a lot smaller than I was picturing when viewing them online. But once you pick them up they feel fantastic, even in my big hands. I can see using one of the Joy-Cons by itself to play two-player games. Holding one in each hand feels great, like having a Wii-Mote in each hand with full motion control. I hope Nintendo takes advantage of this cause the possibilities could be cool.

Setting Up The Nintendo Switch Is Easy

Setting up the Switch is as easy as turning on the console itself. Since it doesn’t need to be connected to a TV to turn on or be viewed, it’s able to walk you through the setup process as soon as you hit the power button on the top left. It boils down to plug-in power adaptor into the switches cradle, plugs in an HDMI, and slides the switch into the cradle and boom you’re all ready to start playing some games. My Joy-Cons came connected to the Switch out of the box, which was a nice touch. The music, sound effects, graphics all have that Nintendo magic that makes you feel like your playing with something special and we haven’t even loaded up a game yet. 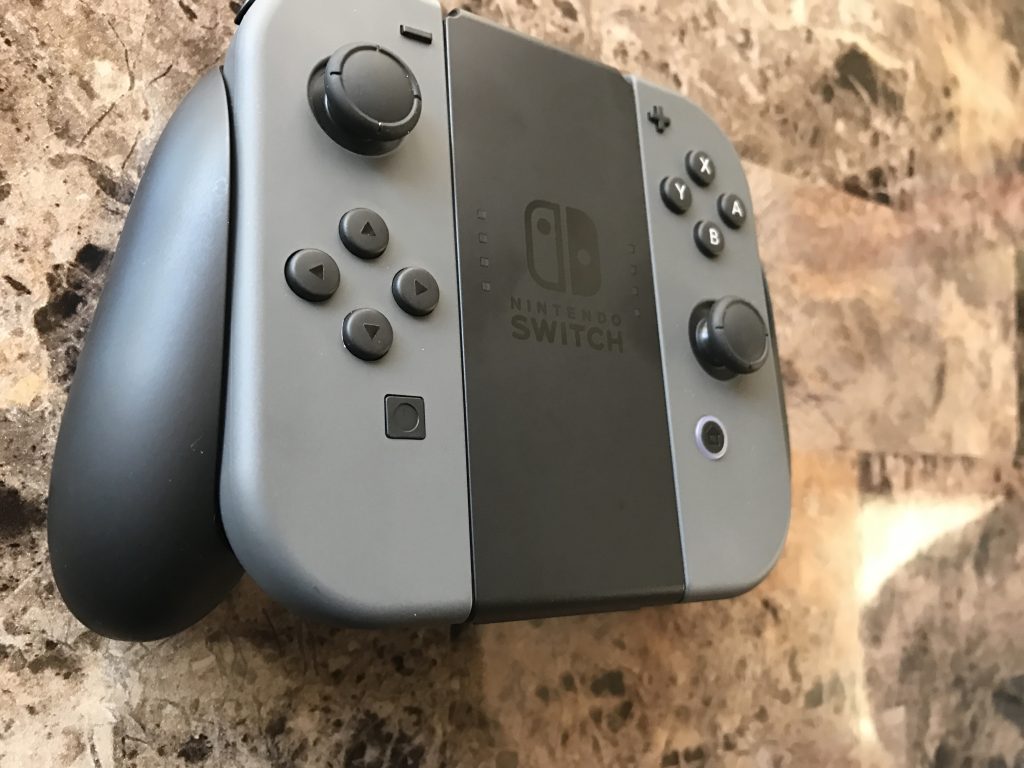 I didn’t feel like 1-2 Switch was worth a full 60 dollar price tag and still hold strong it should have been a pack-in like Wii-Sports was for the Wii. But I digress, anyway the game I did get my hands on was Zelda: Breath of the Wild. Now I’ll probably do a full write up for Zelda in a bit after I’ve had more time to play it. But after about seven hours or so I’m still in the starting area, haven’t collected a single rupee, and could not have a bigger smile on my face.

This game is crazy, it throws everything you know about Zelda out the window. It doesn’t make sense if you look at it purely from the Zelda template that we’re all used to. You’re thrown into a big open world and told to just explore. There is guidance in the way of waypoints and a general direction but you’re mainly left to your own devices.

Zelda Has Changed For the Better

Do you want to climb a mountain, kill baddies and collect weapons, just run around and search for chests? You can do all this and more in about 5 minutes of launching the game. It won’t stop you or warn you about dangers you’re just going to have to explore, test things out, and learn the hard way. Weapons and shields break surprisingly fast, you’re going to fill out your inventory and be deciding what to drop to pick up something with a bigger number that does more damage. You’re going to be cooking food to get stat boosts and refill health. While also taking super cool screenshots or your journeys. 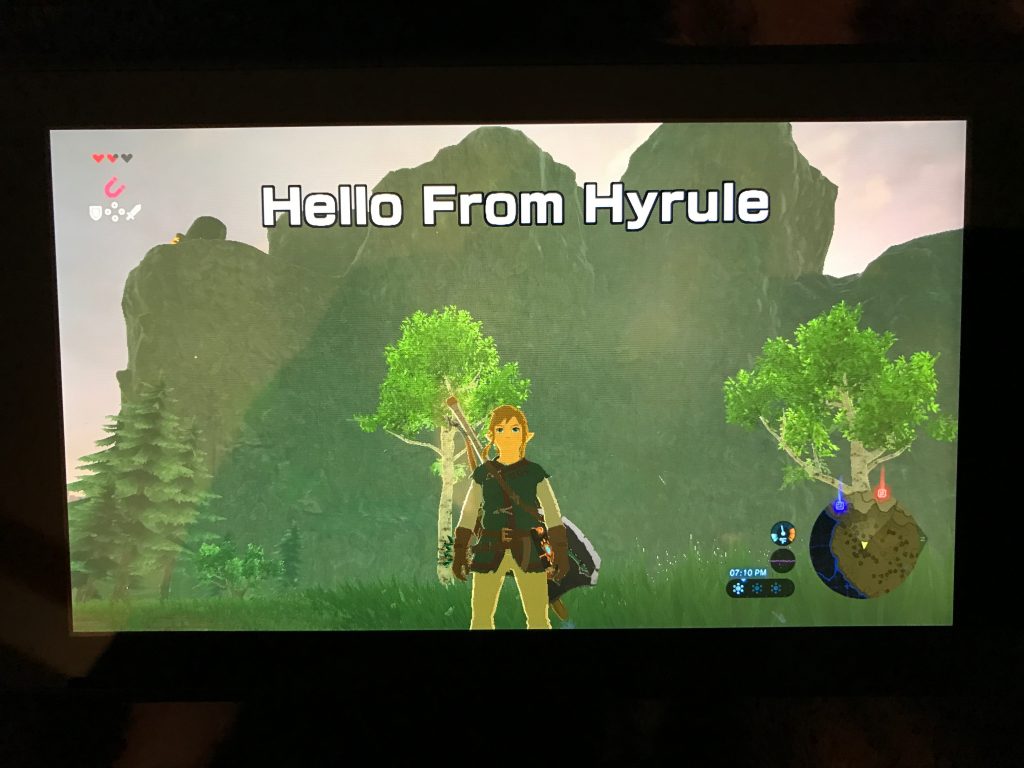 The Nintendo Switch has a robust image editor

Taking images on the Nintendo Switch is surprisingly easy as it has a button dedicated to it. The main gripe I have with it is that currently, you can only upload them to Facebook and Twitter. Which is a real drag, taking out a Micro-SD to move images is just a chore. I hope in a future update they add more options for moving images around.

Did you get a Switch on launch day? Did you play a game other than Zelda? Let me know in the comments below your thoughts on the console. I’d love to hear your take on this new step forward for Nintendo!