Finding the Hidden Shrine in the Darkness in Nioh

After surviving the never-ending rain, I opened a doorway that allows us to approach the entire area from the other side. Going straight through it I run into an enemy I don’t like. It’s fast, powerful, and attacks with its tongue. It’s not too hard to take down, but if you let it get the jump on you, you are done. After taking it down I move to a tree that you can use to get to the top of a building. Upon reaching the top I get ambushed by a ninja and take him down, using all my skills to not fall off. A few good hits allow me to knock him off which was pretty amazing. 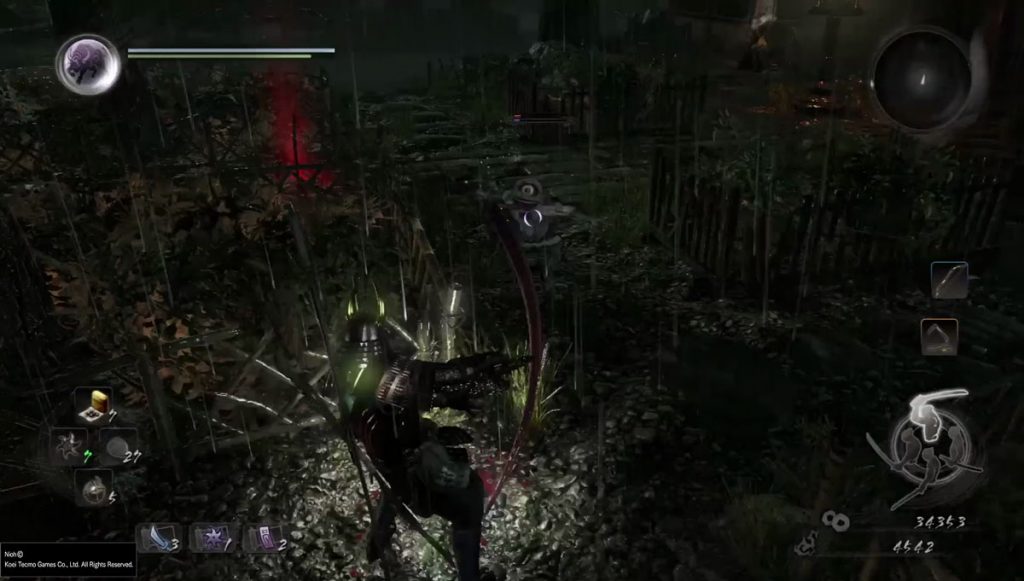 Look at his one eye, you know he means business and wants to lick you dead

Grab the chest at the top, go back down and around back. I find a chest with an “East Gate Key” in it along with some armor. Taking the key I find a door to use it on, this isn’t the door that was going to kill me which is good. Directly ahead is a shrine, but before I get to it I need to take out some of the big enemies around. They’re big hulking stone statues that do a lot of damage. The key here is to just attack when you have an opening as this does a lot of damage. After taking down two of them I take a break at the shrine and discover that they don’t respawn which is nice. 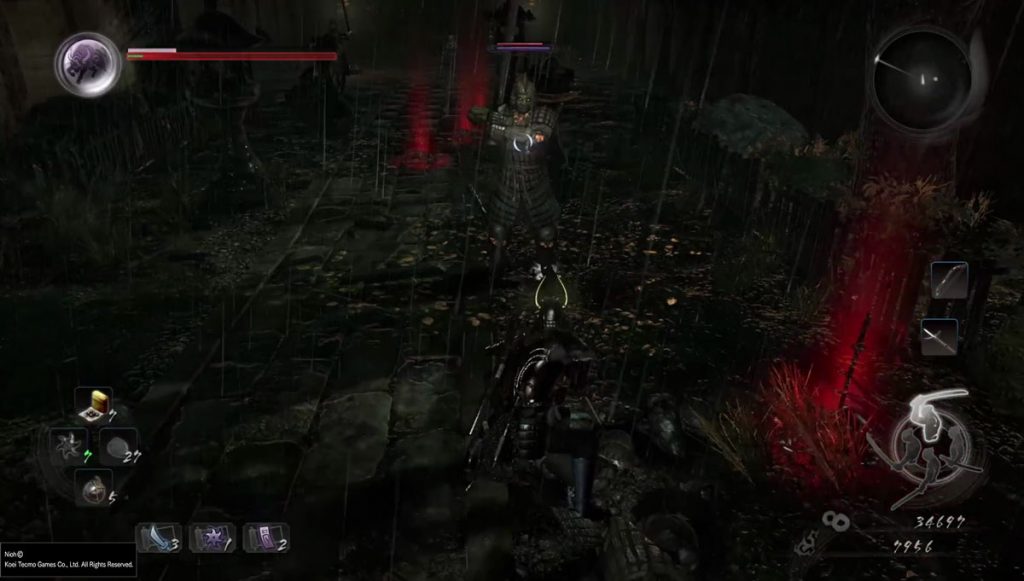 He’s big, made of stone and crumbles under pressure

Clearing out the Weaklings to Meet the Big Guy

Focusing on the rest of the enemies in the area I move in to take down the rest of the giant stone enemies. Getting to the end gets me another chest with some new gear. From here I move out to take down some of the lumbering mini-bosses moving around. This is kind of a trudge but I need to do so I can move onto the big boss waiting behind the murder door. Although once they’re all gone, I stupidly go for the boss so I can lose everything I just worked for. Man, this boss is such a gut punch and so different from everything else. I just was not ready.

Pushing through that door is a bigger stride than you might think, compared to everything else. This is a giant lighting tiger that looks like gold and moves like the wind. This thing is fast and ferocious, does not stay still for long, and will level your health bar in one or two hits. Add all this to the fact that he can summon lightning from the sky and you’ve got one hell of an opponent. 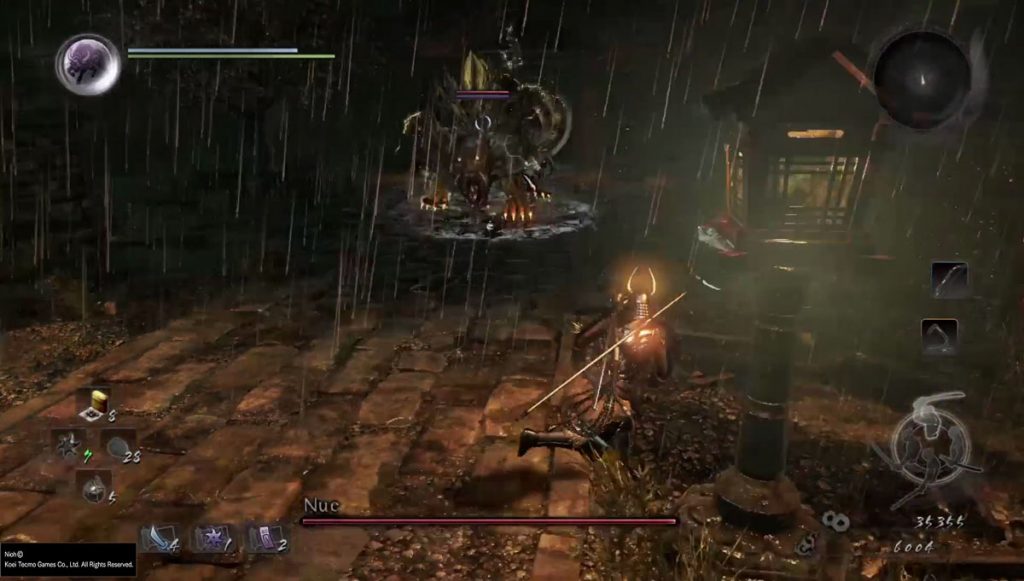 For this fight, you have to keep moving there are no other options here. He can summon lighting from anywhere including its mouth. You have to keep your distance and dodge when needed. However, as long as you keep moving you should be able to dodge most attacks. The struggle comes when he changes patterns on the fly and catches you off guard. One of the very few openings I have managed to see through is when he rolls at you. The goal here is to have him run into a wall and fall over, this gives you seconds to go get some hits in.

Problem is that after I try to take him down a couple of different times, changing equipment and trying new tactics. Nothing sticks, I’m just going to have to grind for a bit before I attempt to fight him again. But that’s for next time.