We Charge Face First Back into Nioh After a Little Hiatus

Coming back into Nioh after a little break to finish my playthrough of Lumo wasn’t as bad as I thought it would be. Sure it took me an enemy or two for me to grasp the controls again but it was like riding a bike. It felt like going from Dark Souls to Dark Souls 2 you just don’t forget how to play some things just cause it’s a little more in-depth. Nioh boasts a lot in its gameplay and has many systems for you to master but you’ll never forget the basics. This makes coming back to it nice and easy.

Anyway, let’s get into today’s episode and get this show on the road. We first take out some enemies and work our way down a luminescence mushroom hallway. It’s very pretty, then you reach the mini-boss. Now we’ve taken down a few of these from the first level of Nioh. So this one was no problem, I manage to take him down fairly easily. Just gotta manage my energy and attack when it makes sense. Taking a break seems to have made me more patience, to say the least. 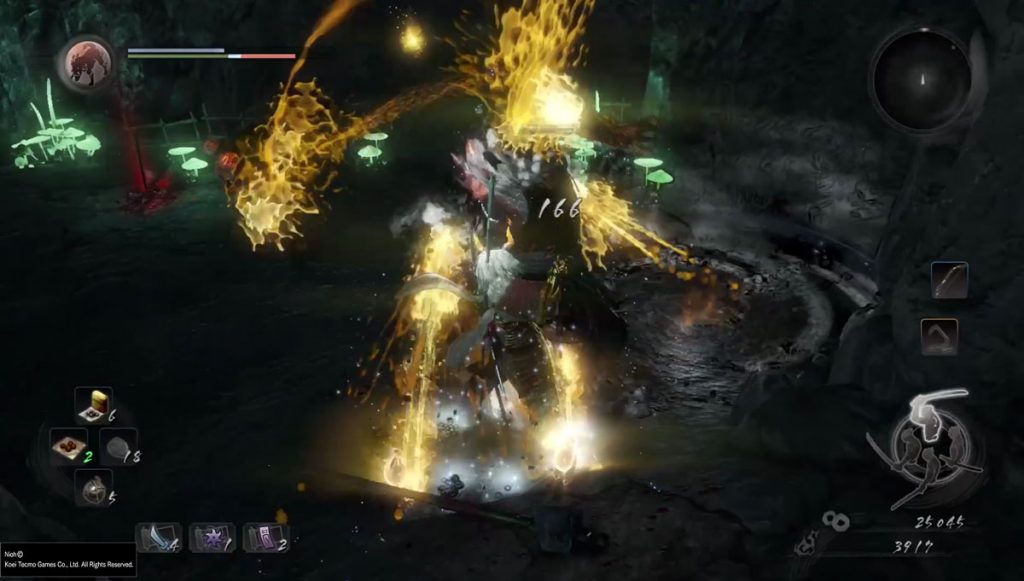 After all the trouble these guys put me through in the early going, this felt really good

Moving from the Cliffside to the Ground Below

Moving from the mini-boss we crawl through some more corridors and eventually come out to a little cliffside chasm. I make some shots with my bow only to realize that it’s not worth it and take down an enemy with weapons. Even being on the edge of falling won’t stop me from taking risks. I find a cave that takes me down to the floor of the space and hopefully won’t die.

Unfortunately, as soon as I touch the floor another mini-boss comes out of nowhere. A little shocked I manage to pull more enemies towards me making everything harder. But I persevere with some fancy footwork and take down everyone in my path. A bit of exploring I find a little cave with a weird smaller enemy that runs really fast and has a ton of health. Attacking it with all my might felt fruitless as it got the jump on me and managed to slink away. I did not have enough stamina to keep up and it disappeared. 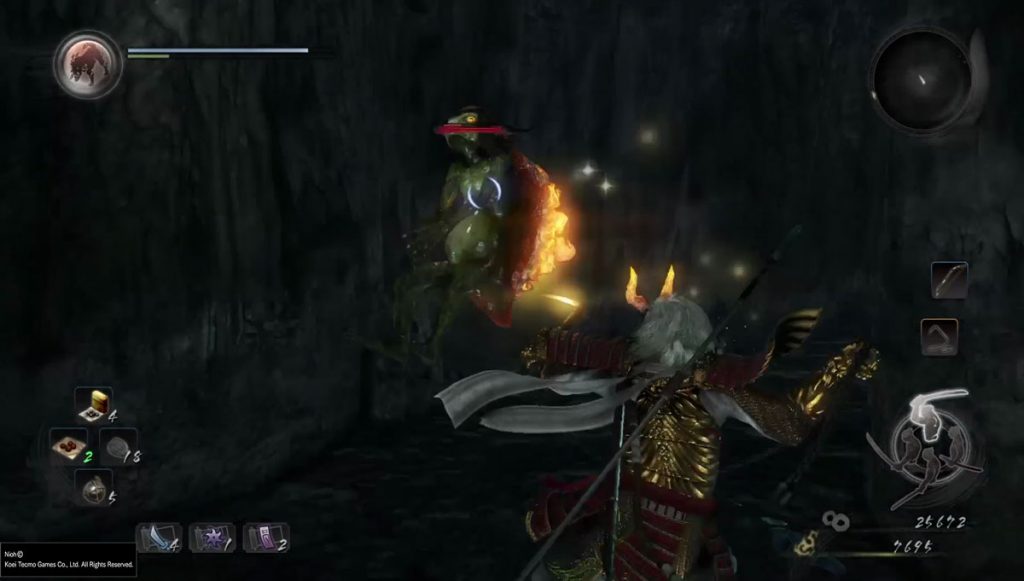 After losing that enemy I attempt to take down another mini-boss in my way. This one does not go as planned and I meet my end very rapidly. Recovering my items from my dead self I take out the mini-boss on the ledge that was deterring me. From here I jump down another ledge, noticing the shrine I ignore the mini-boss and charge. Thankfully I manage to make it to the shrine before the mini-boss has a chance to attack me. It was kind of shocking to have made it before I was attacked.

Coming straight off the shrine I take down the mini-boss since I just leveled up a bit. From here I drop a nice ladder for a sweet little shortcut. From here it’s taking down more minibosses and checking out some of the nearby caves. I find a treasure chest that obviously has an enemy behind it but I fail to notice before I attempt to open it. I manage to take action and block his attack but It was still dumb of me.

Taking down a Cyclops and Seeing the Boss Room

To end this episode I push a little more forward and take on one of the cyclopes scattered around. It’s big, scary and does a ton of damage. I retreat to a small cave and take him down bit by bit, you can judge me but I beat him so I’ll take what I can get. I move a little forward and stumble into what is obviously a boss room. But that’s for the next episode. 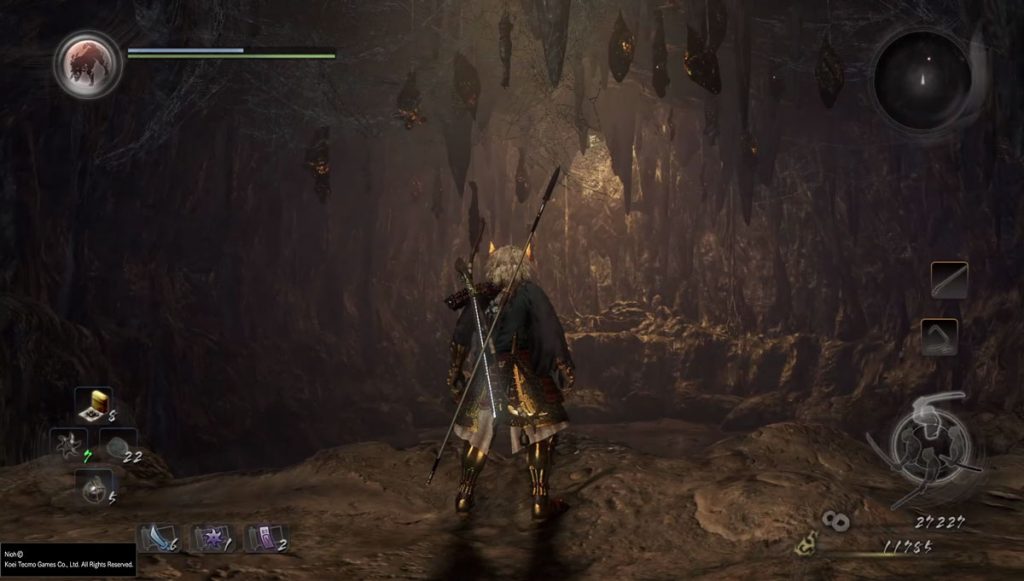 There’s no way this room won’t end well for me, just look at that ceiling

Hey, if you’re playing Nioh let me know in the comments below or on my video up above. I’d love to hear from you and your experiences! Heck if you could let me know if you like my content, would mean the world to me. Love it or hate it any way you slice it could help me improve.