Jumping Feet First into the Rain in NIOH

After defeating Hino-Enma, we start today by jumping into a whole new area. After a brief cutscene, we’re thrown right into the action. I start by praying at the shrine to kind of get my bearings. From here I move forward to take on some new enemies. The cool part about having some trouble with the last boss allowed me to be a bit over-leveled for this part. So the baddies aren’t much of a problem. A couple of good strikes and well-placed arrows take them down no problem.

From here it’s all about the exploration of this whole new area. Avoiding the water, climbing some trees, and just learning the entire area in general. Heck, I even manage to take down a mini-boss that gave me so much trouble not too long ago. That’s what happens in Nioh, you struggle but its all worth it within due time. Mainly because you can take down any challenge the game throws at you since you’ve learned how to conquer it in the past.

Getting Wet and Dealing with Ambushes

Trudging through the mud and rain reveals the real enemy of this level. Ambushes and a lot of them, since its dark throughout this entire area enemies, can hide anywhere. This means that the glowing item you want is most likely surrounded by ninjas hiding not too far away. The problem is that they won’t attack until you try to pick up the item. This gets you stuck in the animation and gives them time to do some serious damage. 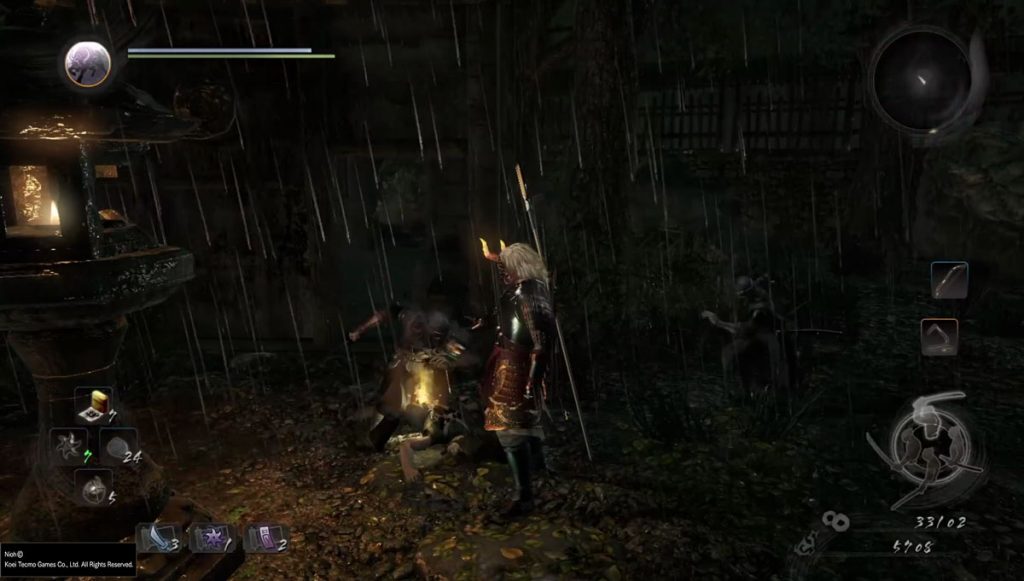 Wait, I just want the item; give me a break here

Thankfully I am pretty overpowered and they don’t do much damage. These ninjas are using two blades which offer a speedy attack. But not much damage thanks to the armor my character is currently wearing. A little back and forth, but they go down easily enough. Going into the house they were guarding gives me a nice chest to plunder.

A Spirit Cat Shows Us the Way

Our friendly spirit cat shows up to tell us a bit more about the area we’re currently trying to get through. It was a wonderful place that went to ruin rather fast. We run into an area with three big mini-bosses, one of them being a cyclops. Those things still scare me enough to not want to deal with them.

This cat is easily my favorite character

Moving forward all sneaky like I bust open some crates, make my way around a few enemies, and just get a better lay of the land. I manage to find a new helmet to wear, which feels good since it still has horns. From here I attempt to take down a few of the mini-bosses in my way. It’s not too bad, the real problem is that they’ll come back each time I die or reach a shrine. 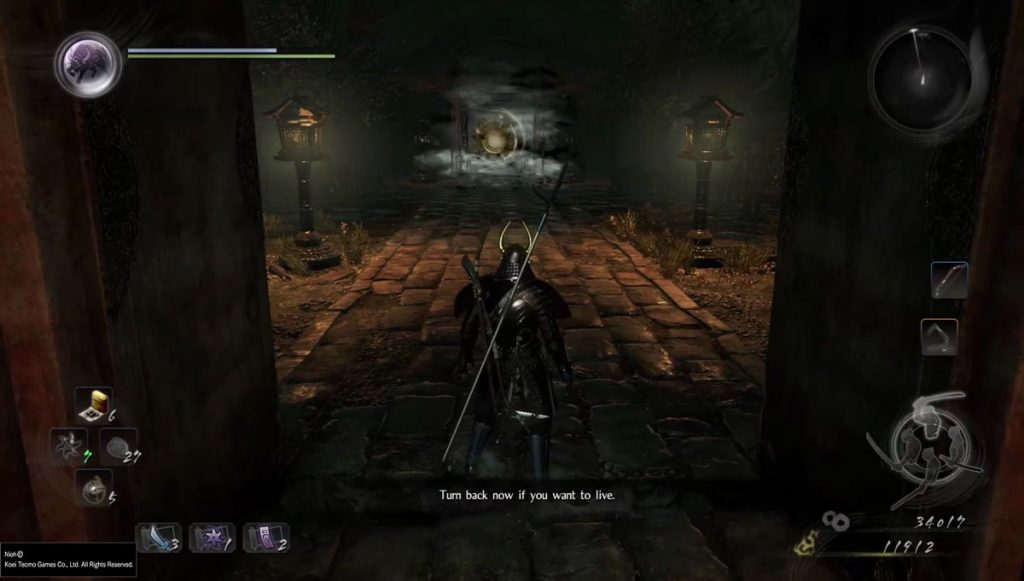 After reaching a door that upon opening manages to scare the hell out of me I decide to go open a shrine shortcut. I mean that’s a hell of a thing for a door to say upon opening it. Blunt, straightforward, and to the point; no bullshit. I move forward hugging the wall and come to a door that’s right beside the shrine I started at. I open that sucker and decide that I’m close enough to take down the mini-boss right next to it. Quickly dispatching him, I pray at the shrine and call this an episode.